What to do after a Google Core update

Google’s core update is rolling out, this began rolling out on September 12th and according to Google, it can take up to 2 weeks to propagate across its data centres. On September 20th Google rolled out a subsquent updated called the Product reviews update, again with two weeks to fully roll out.

What is Google’s broad core update?

Why has my site lost/gained visibility?

It’s important to remember that any broad core update is not targeted at your site in particular. If you’ve had a decline in Organic Visibility, it’s normally because Google believes it’s found better results for the search query. Although that is somewhat subjective.

I’ve lost visibility, what shall I do next?

Firstly, we’d recommend waiting for the update to fully roll out before making any SEO changes. It can take up to two weeks for an update to settle, followed by a period of quiet, and then subsequent updates as the Google engineers make further tweaks based on the data collected.

Depending on the site and your reporting platform, the type of reports you run will differ, but this is generally a good starting place:

From this,  you should start evaluating all the different factors that influence search positioning such as authority, relevance, speed. Compare your sites vs your competitors, and start asking yourself questions:

Being self-critical is tough, but we’re told relentlessly by Google to focus on offering the best possible user experience. This should be central to any SEO strategy and attempts to game their algorithm will normally result in short-term gains.

Once you’ve collated your data and your findings, you can start building a plan for improving your site. For each line item give it both a priority and impact to help prioritise your effort. Make sure to include this into your existing SEO strategy and not derail it completely due to the algorithmic update. 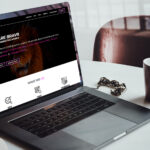